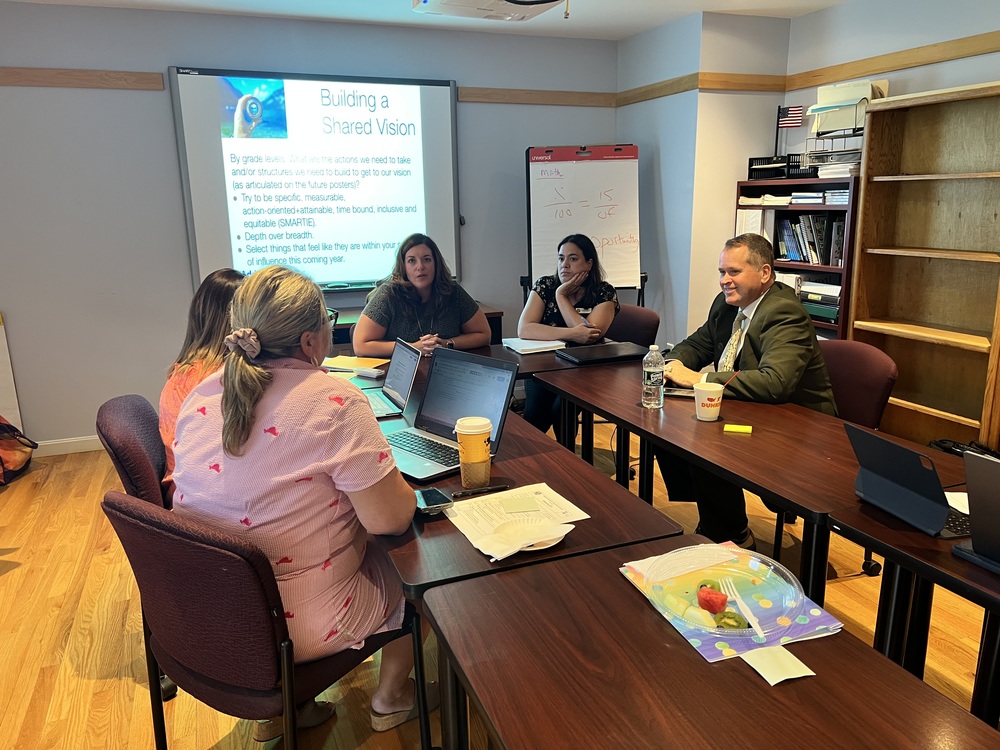 I am grateful for the opportunity to introduce myself as I assume the role of Superintendent of Schools. I chose education nearly 35 years ago because I wanted to have an opportunity to mold young people of all races, creeds, intellectual abilities, and economic backgrounds. The specifics of why I chose this career path are very personal.

My father was a high school health sciences teacher, coach, and athletic director. When I got out of elementary school each day, I would catch a ride to see him at North Charleston High School. I was required to first do my homework, but as soon as I did, I could watch practice, fill water bottles, and even repair football helmets. I lived for that final school bell to see him and his players every day. Friday nights during football and basketball season were special as nearly the whole close-knit town turned out for games. Unfortunately, it wouldn’t last. My Dad developed a heart condition. It was over, seemingly, before it started.

I lost my Dad forty years ago. He was 38; I was 14. Although he had been sick for quite some time, it caught me off guard. Bill Runey, Sr. was not a man who displayed much vulnerability. I would not have traded those 14 years with him for 100 with anybody else. I was able to stay by his side through so many football and basketball games. It was a great way to grow up. However, it wasn't always easy. He lived by the saying ‘spare the rod, spoil the child’…tough love for sure. Although I was the oldest, his players always provided me with an abundance of big brothers. I was always ‘Little Bill’. My family was among the ultimate North Charleston High School Blue Devils fans. That school will be burned into my memory forever. It reminds me so much of the culture of the schools in the towns of both Rehoboth and Dighton - great communities for your kids to grow up. He taught me so much about the value of hard work, preparation, and leadership. He also displayed an appreciation for all of his students. Players who lived in the projects piled into our red Buick Opel for a ride home. A student with muscular dystrophy was given responsibilities with the basketball team, and “Coach Runey'' let him pose with the state championship trophy as an integral part of the team. Current players and graduates would frequent our home in hopes of getting to join us for dinner. My Dad made a difference. I try to follow in his footsteps every day.

I wanted to join your district because I want to impact lives as my Dad did. I have been able to do so in my roles as teacher, coach, Dean, Assistant Principal, and Principal. I want to do so on a grander scale.

My team is prepared to show our commitment to a collaborative approach to educating our most valuable resource. “We Are DR” is the motto we espouse in hopes of maintaining the excellent education that both towns have supported, collaboratively, for years.

As an educational leader, I take great pride in the communication I facilitate between and among all stakeholders, faculty and staff, and students.  Ensuring that all members of the community have access to timely and accurate information related to the overall operation of the school system is one of my most important priorities that I have successfully addressed through the organization and facilitation of teacher leadership teams, use of social media such as Twitter and Facebook, and traditional communication tools such as newsletters, email, and press releases.  The development of various collaborative teams to share in the decision-making and future of our school has only strengthened my ability to lead initiatives and attain excellence.

Under my leadership, Attleboro High School evolved into a nationally recognized school that exemplifies the tenets of a professional learning community where the culture is defined by a common vision and shared leadership. This was evidenced by the city’s support of a $260M new building set to open this school year. Being given the opportunity to serve both of these storied towns is a blessing. I am confident that I can work with both towns to make our district reach even greater heights, and demonstrate that together…We Are DR!